Does DevX spell the end of DevOps? - Roundtable notes with Benjamin Brial

Developer experience (DevX) is becoming a hot topic and, in 2022, one that tech and non-tech companies alike can’t afford to neglect.

Last month, Cycloid hosted a closed roundtable discussion titled “Bridging the DevX Gap,” where we invited journalists from notable tech publications like The New Stack, Computing, Computerworld, The Register, and TechTarget. Led by Rob Gillam, our head of sales (who also wrote on DevX), the panel was made up of Cycloid founder Benjamin Brial, CTO of Orange Business Services Philippe Ensarguet, and James Governor, founder of Red Monk.

The guests went in-depth on the definition of developer experience, discussed how to start looking after the 99% of developers and suggested what awaits DevX in the future.

"The day we decided to care about the experience, the journey of the team, and the way they access the tools was a game-changer"

The panel agreed that in absence of a DevX approach when understaffed teams of developers are being forced to take time away from writing code, they dedicate valuable resources towards managing issues associated with highly complex, multi-cloud toolchains held together by nothing more than sticky tape and string - and that’s the reason efficiency is dropping.

Philippe Ensarguet shared his experience in improving DevX at OBS to ensure its 4,000+ developers don't see themselves as mere cogs, are happy and productive, and are not weighed down by excessive management of toolchains and other non-core duties. The results, he says, were astounding. "The day we decided to care about the experience, the journey of the team, and the way they access the tools was a game-changer," Ensarguet said.

James Governor expanded on his definition of DevX as “creating an environment where developers can do their best work.” James says that good developer experience requires leadership to take a more authoritative role and not leave choosing tools and setting up processes up to the developers. Professionals with the experience to both produce high-quality code and manage the toolchain are few and far between, so it's important to take these questions out of devs' and into the exec team's hands.

"The team leader's role is to put their developers in the best position to handle tools, processes, and infrastructure"

A question from the audience drew a definitive line to their discussion and summed up their thoughts and experiences - “Does that mean that DevX is the end of DevOps?”

We asked Benjamin Brial to expand on that and share his thoughts on improving developer experience. 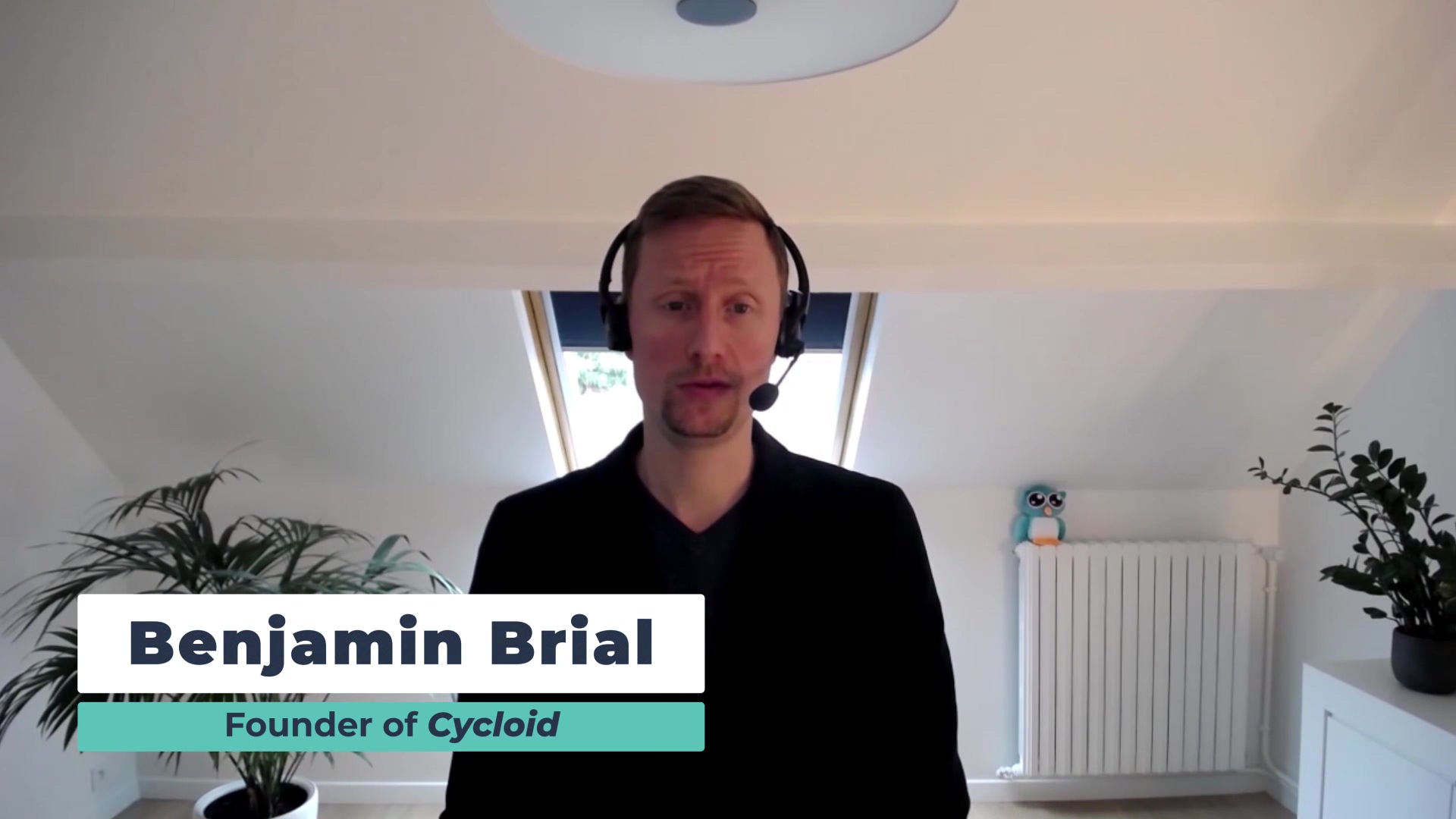 Could you define what DevX is all about, and why there’s such momentum behind it these days?

DevX means creating the best possible environment for the developer to do the most efficient job - because, at the end of the day, that’s what it’s all about. This doesn’t mean the developer has to write thousands of lines of code daily, but there shouldn’t be any obstacles for them to do so. Your devs need to be free to innovate and interact efficiently with tools, infrastructure, and clouds.

Why is it important these days? Simple - TTM (time to market) has decreased, so there’s a lot of pressure to ship new products as soon as possible (or another company will do it faster). However, the abundance of “productivity” tools and processes has actually started to impact efficiency in a negative way. Now there’s a need to simplify, to bring a better experience - and DevX is the answer.

Where does Cycloid fit in the DevX discussion?

Today a developer interacts with on average 28 tools that he/she is interested in - do we expect them to know each and every one? No, because that’s the role of DevOps - and not everyone can become DevOps. This means that the team leader's role is to put their developers in the best position to handle tools, processes, and infrastructure.

This is where Cycloid comes in. We replace non-user-friendly, half-baked internal solutions with a simple, visual platform that takes care of automation and the cloud, and helps devs interact with tools and infrastructure in an efficient way. You don’t need specialist knowledge or an army of DevOps engineers that are difficult to find and retain - your devs take care of their needs autonomously and have a better time doing it. It respects the GitOps approach and provides zero lock-in to help DevOps teams to scale by decreasing the number of open tickets by end-users, as well as keep the governance and avoid reinventing the wheel all the time.

It’s important to note though that Cycloid is not a DevX tool, it covers a very important part of your DevX journey.

Not all companies have the same resources (or needs) as Spotify, Zalando, Airbnb, etc. How do you think we can lower the barrier of adoption for every organization?

Most companies were not built around technology and have decades of legacy software practices, just the same as not every developer can work in the DevOps mindset - this is really the target audience of a DevX revolution. Before starting your DevX journey you should ask yourself 2 questions.

First, how can my developers have the best user experience with tools and infra? The market seriously neglects UX for developers even though it can severely impact efficiency - and their experience on a project.

The second aspect is for the company - how can I help my developer be as productive as possible? Too often executives let devs choose their own tools and that’s not always the best way forward. Sometimes you need to take these matters into your own hands. How the product is shipped should be a collective discussion between leaders and the team.

At the round table, you all came to the conclusion that DevX does not mean the end of DevOps. Can you please reiterate your perspective here?

Frankly, that assumption doesn't really make sense. Both DevOps and DevX are a means to a goal - improved time-to-market. DevOps best practices complement developer experience, which in turn helps produce high-quality products fast. Giving your devs autonomy and freedom to focus on coding doesn't mean DevOps will have no place in your approach. Even if not every developer will become DevOps, every developer deserves an environment that supports and encourages them to do their best work.

And finally, where is DevX heading?

It’s still a very new concept so first, we need to come up with a clear end-to-end definition of DevX. So it’s hard to say what is coming in the future. One discussion I would consider important is the ecological impact - mainly the carbon footprint of letting devs choose the best tools and infrastructures and how to do it in the greenest way possible.

A teal organization in a DevOps world

Tonight was supposed to be a big night for the Cycloid team. We turn 5 today and, unlike other...
Apr 17 - 4 min read

We sent our latest ebook, DevOps Business Value: Prove it or Lose it to Yannick Blondeau, CTO of...
May 26 - 3 min read