According to the 2021 State of DevOps Report, 80% of organizations are failing to scale DevOps adoption, and that number hasn’t changed for 4 years. We took time out to talk to Cycloid founder Benjamin Brial about the path of DevOps and why it’s not always as smooth a journey as it could be.

“Look at the top 40 businesses in the world. There are only 3 or 4 left from the “old school”, the rest of them are the new school - GAFAM (the big five, Google, Amazon, Facebook, Apple y Microsoft). They’re up there because they ship as fast as possible”. 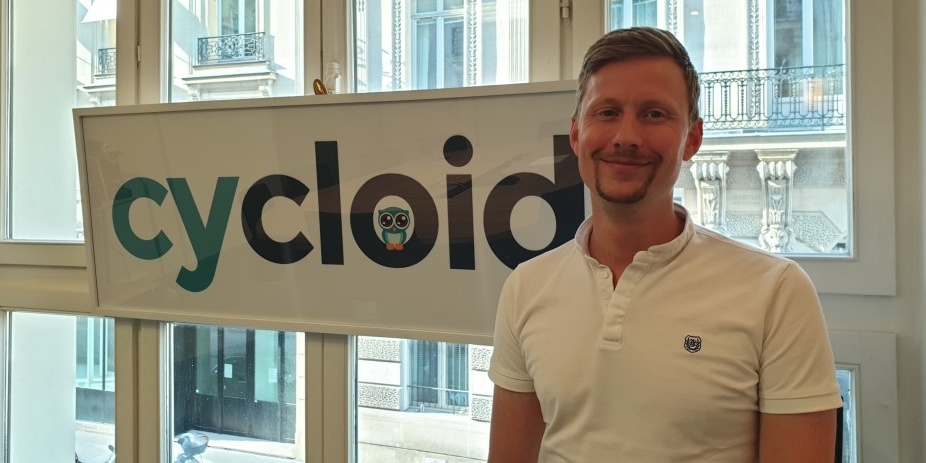 With that, Benjamin opens the conversation about DevOps and business value. Ultimately, he concludes that although it’s often difficult to be the person introducing and championing DevOps in a company, those who hold strong and push forward will eventually succeed. Why?

“It’s a basic business need - new customers, and the ability to satisfy those customers. If you don’t deliver a new feature, your competitor will, and people will judge based on a feature to feature comparison.”

Compare the need to deliver new features with the speed at which your competitors can deliver those very same features, and you have a dog-eat-dog world in which only the fastest survive.

“The time to delivery has accelerated - there’s a study about developing cars, they used to take 10 years, now it takes 5. We live in a world of instantaneity - everything is now, now, now”

To do that, businesses have traditionally moved straight to the IT department and invested there. Ironically, that’s what has led to one of the main problems that solutions like Cycloid try to counteract: too many tools, too much complexity.

This surfeit of tools has two knock-on problems. First, that IT is seen as a cost when it should be seen as a value. If you don’t own your tech, someone else will come and take it - it’s the technical know-how that provides the value. Benjamin gives Booking.com as an example:

“Look at Accor and compare it to Booking.com or Amazon - Booking.com don't actually produce a product, something of value, they don't build anything but they own their tech, which is why, in the market, they are unbeatable.”

What's holding you back?

Secondly, Benjamin points out that even in the best-intentioned companies, there are always walls and silos, commenting “there is always a tech/executive silo. Cycloid’s own techs sometimes don't understand me, so it’s definitely a problem for others! Every misunderstanding slows things down, but business always needs it to be faster.”

We asked Benjamin why, if the need for DevOps was so plain to see, was it still so difficult to get buy-in in certain businesses?

“DevOps culture empowers people and that's not really how the enterprise world works. Traditionally, when you want to succeed in the enterprise, you concentrate on keeping your head down and not making waves. When you bring DevOps in, you’re fighting against tradition and against the status quo, the idea that "it's always been done like this"”.

Benjamin thinks it’s primarily a comfort zone problem - it’s not that executives don’t believe in the power of DevOps, it’s more like that it’s a brave new world, and those in the C-level aren’t natives.

Even so, says Benjamin “there will be resistance, but you need to push because it's the only way forward”!

Despite the difficulties, there are a number of points that give DevOps fans the upper hand. Benjamin points out that DevOps is not really a question of hard skills, it’s oriented around soft ones. Now, this isn’t entirely unproblematic - soft skills are notoriously hard to recruit for - but when you do manage to get the right people, they’re uniquely qualified for the job - both DevOps itself and championing it in the greater enterprise.

There’s great satisfaction in being the one to do this, Benjamin says: “It’s nice to be part of something bigger, building bridges and getting rid of silos”. That self-same feeling of satisfaction is also going to be one of the things that help people push DevOps forward in their company.

A parting piece of advice from the Cycloid founder? Well, actually, he has a few!

“Get your execs to the same mental place as you - evangelize more, show them the advantages of DevOps, present the benefits, reassure them that it’s not a show job. There's this idea out there that DevOps means playing with lots of alpha tools, reinventing the wheel, or playing with new tech because its "really cool". Good DevOps care about efficiency and KPIs, and they care about evangelizing DevOps to others. These are the players you want on your team."

We sent our latest ebook, DevOps Business Value: Prove it or Lose it to Yannick Blondeau, CTO of...
May 26 - 3 min read

Why is it so difficult to hire for DevOps?

DevOps professionals are in demand. It’s not surprising when you think about it. DevOps is often...
Jun 24 - 5 min read

Does DevX spell the end of DevOps? - Roundtable notes with Benjamin Brial